Mildred D. Muhammad is an Award-Winning Global Keynote Speaker, International Expert Speaker for the US Dept of State, Certified Consultant with the US Dept of Justice/Office for Victims of Crime, CNN Contributor, Domestic Abuse Survivor, Certified Domestic Violence Advocate, 5X-Author, Actress, Internet TV Talk Show Host, Trainer & Educator traveling and speaking on a national and international platform to discuss her life of terror, abuse and heartache, all while promoting Domestic Violence Awareness and Prevention.   As the ex-wife of the D.C. sniper, John A. Muhammad, Mildred shares the very personal details of her experiences involving fear, abuse and many times, victim-blaming. This experience has allowed Mildred’s mission to be even more influential and of a greater purpose. Simply stated, she was a victim who became a survivor and is now a warrior on the issues of domestic abuse/violence. She shares her expertise on what it's like to be a victim and a survivor of domestic violence “without physical scars” to various conferences, seminars, workshop audiences which include victims and survivors of domestic violence, advocates, law enforcement professionals, therapists, counselors, mental and medical health providers, university and college students as well as conduct military personnel training regarding domestic violence.  Her authenticity is as remarkable as her unforgettable story of abuse. She explains the perils of PTSD (post traumatic stress disorder) soldiers suffer when returning from a war zone as well as victims who are diagnosed with PTSD.  She has been recognized throughout military communities for championship of the Family Advocacy Program and their mission to educate, promote and end Domestic Violence in Military Communities. After counseling herself and her children to survive victim-blaming through the midst of adversity, she transformed her tragic circumstances into an opportunity to establish ground on all forms of Domestic Violence that are often overlooked such as verbal, mental, economic, spiritual, stalking and emotional abuse. She not only speaks of the details and the realities of Domestic Abuse/Violence, Mildred makes it her mission to be a vessel of support and healing to all those affected. Her first critically acclaimed memoir, Scared Silent: When the One You Love Becomes the One You Fear, was published by Simon & Schuster in 2009. Muhammad has self-published two working journals, "A Survivor's Journal" & "Dare to Heal", as well as "Planning My Escape" (a comprehensive step by-step safety plan) specifically for victims and survivors to help with the emotions that others may not understand and strategically leaving an abusive relationship. Her second and last memoir, "I'm Still Standing" has been released. She has received many awards such a Special Commendation presented by the Office on Violence Against Women, Maya Angelou “Still I Rise” Award, Shirley Chisholm Woman of Courage Award and REDBOOK Strength & Spirit HEROES Award, as well as multiple awards from the military community...just to name a few. Mildred Muhammad has appeared in the following TV shows: Lifetime Movie Network Series, “Monster in My Family”; CNN documentary, “The Minds of the Sniper”; TruTV documentary “The DC Sniper’s Wife” produced by award-winning producer, Barbara Kopple; Discovery Channel, “Who The Bleep Did I Marry”; Investigation Channel Series, “Escaped ~ The Sniper’s Wife: Episode 2; MSNBC documentary, ‘I Married The Beltway Sniper” and the syndicated TV show, Crime Watch Daily. Mildred Muhammad has been interviewed on Oprah: Where Are They Now, Anderson, Ricki Lake, Katic Couric, Issues with Jane Velez Mitchell, The Mike Huckabee Show, TruTV's In Session, Larry King Live, The Tyra Banks Show, and Good Morning America, and has appeared on BET and other local and national TV interviews. She has also been interviewed by various national and international radio shows, internet radio, various national and international newspapers, and internet blogs and magazines worldwide, including the BBC, NPR, Essence, Jet, The Washington Post, and Newsweek. She has also been recognized as "One of the Nation's most powerful advocates for victims and survivors of domestic violence". WROC-TV, Rochester, NY. 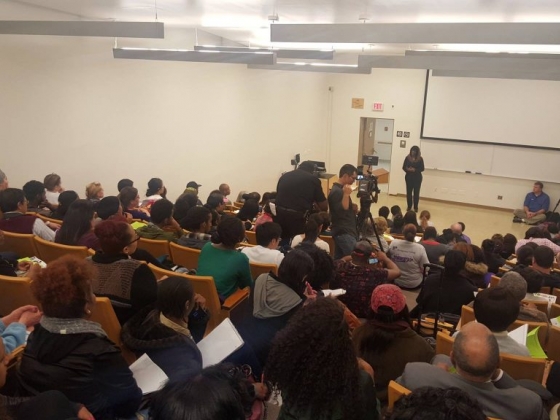 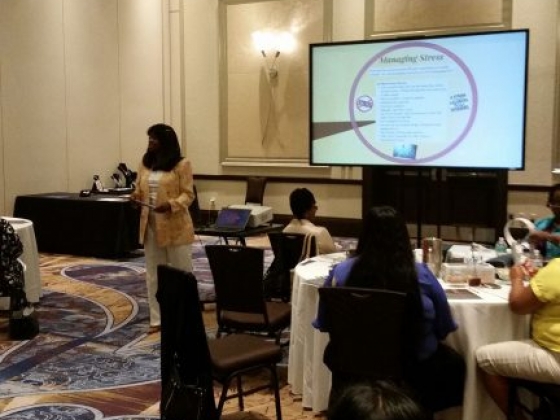 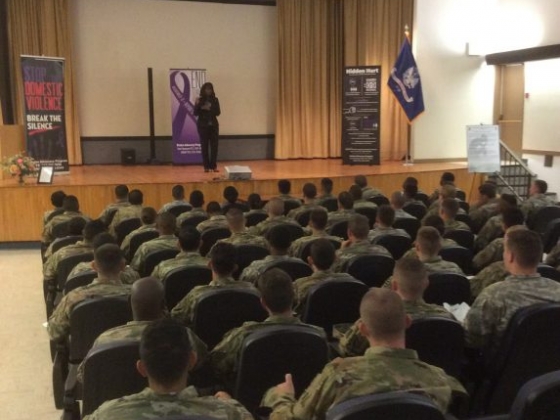 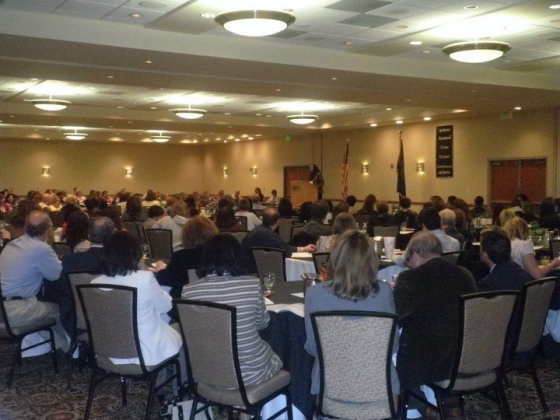 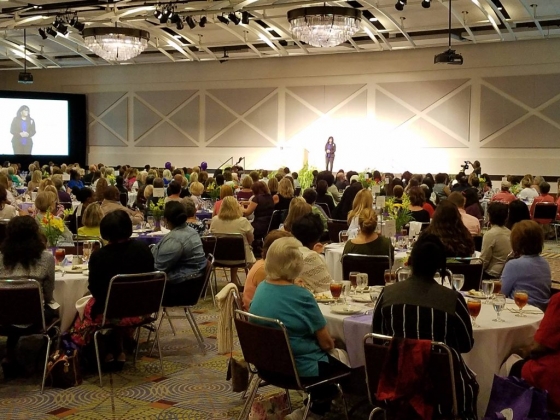 Everyone was truly touched by your speech.

I want to personally thank you for visiting Ft Carson and supporting our Domestic Violence Month Kick-off event. I thoroughly enjoyed our conversation and listening to your life lessons as a domestic violence survivor. I know everyone was truly touched by your speech, presence and accomplishments, It was great to meet you - you're welcomed here any time.

Ms Muhammad's presentation was spectacular - it was engaging, honest, and very enlightening as she shared her personal experiences. She presented some of her life scenarios with humor and displayed compassion at the same time. Ms Muhammad also provided multiple responses to questions from our audience during the conference. Her answers were heartfelt and considerate to the participants sharing their personal experiences. Her presentation was two hours long however our participants did not grow tired of listening to her resilient experiences that involved her family. This program was designed for mental health professionals, psychologists, social workers, counselors, law enforcement and military affiliates. We truly enjoyed having her presentation and would be pleased to have her return to speak again in the near future.

Your clients will leave with a SMILE on the face, a SPRING in the step AND memorable, actionable takeaways to Improve People, Performance, Productivity with a SMILE. Motivational, Marketing Sales Leadership Speaker. Award Winning Humorist & Emcee

Jan McInnis has written for the Tonight Show monologue, keynoted for thousands of organizations across the country, and authored 2 books. She's been featured in the Wall Street Journal, the Washington Post and the Huffington Post.

One of 50 Must-Follow Women Entrepreneurs in 2017 –Huffington Post Beate Chelette is The Growth Architect and Founder of The Women's Code. She sold her business to Bill Gates and trains on Balanced Leadership and Entrepreneurship.

Daniel is a Stanford and Harvard trained physician, scientist, entrepreneur and innovator who speaks on how rapidly developing technologies are and will impact the future of healthcare and medicine. Daniel is a Futurist Virtual Keynote Speaker.

Shannon is certified Speaker and Coach who specializes in servant based leadership.

Roy is a 4-time #1 best-selling author of the book The Unnoticed Advantage and The Success Magnet: Cultivate the 5 values that attract success, The Six-figure Trainer and The Little Book Of Mental Health. Roy offers Mental Health Virtual Keynotes.